Through Research and Study

We have innovated an intensive treatment that not only rapidly relieves persistent, life-affecting post concussion symptoms but CMT also remediates neuro traumatic damage and dysfunction sustained from traumatic brain injury and concussion so that our patients can recover and re-claim their lives.

Ask about Recovery With Us

Why Are We Here?

Out of the desire to achieve better outcomes for his patients, Dr. Charles Simkovich founded Simkovich Concussion Institute in 1986. Through research and study, we have innovated an accelerated treatment with a revolutionary technique that delivers significant improvement in the clinical outcomes of patients suffering newly sustained or persistent or even chronic life long post concussion symptoms.

After suffering a head injury, a person can experience a wide range of difficulties such as: cognitive decline and difficulty thinking and remembering, physical deficits and migraines, emotional health and changes in emotion and mood, and sleep disturbances and disorders. For some, these symptoms can last a short period of time. For others, though, TBI and concussion symptoms can last weeks, months, or even years, and unfortunately for some, chronic life long symptoms become their new way of life.

At Simkovich Concussion Institute, we are specialized and dedicated to providing treatment outcomes and quality of care so that our patients suffering a post concussion way of life can re-claim their wellness and “Return to Life”!

Simkovich Concussion Institute is honored to be in the position where the technology we have been developing for over 30 years has created an innovative specialty in medicine, Cranial Movement Therapy (CMT-Simkovich Approach). CMT-Simkovich Approach is a novel treatment therapy specifically for dysfunction caused by traumatic brain injury. CMT is a safe and innovative technique that helps patients regain normal cranial movement and function without medication or surgery. For over 30 years, our patients have experienced great success with CMT.

Please look for further announcements on the research and results of this
CMT Revolutionary treatment for resolving post-concussion symptoms.
To learn more about your concussion recovery with us, please contact us today.

Each year, approximately 69 million individuals throughout the world experience a traumatic brain injury. At Simkovich Concussion Institute, we accelerate concussion rehabilitation using Cranial Movement Therapy-Simkovich Approach (“CMT”), a safe, non-invasive, and efficacious therapy that provides maximum improvement in the shortest amount of time. We rely on clinical experience and the latest in medical research to provide the highest level of care and most effective concussion treatments to our patients. Through research and study, we hope to redefine traumatic brain injury treatment so that those suffering from head trauma are able to rediscover pre-concussion life.

For many concussion sufferers, migraines, mental health problems, vision challenges, sleep disturbances, and difficulty remembering things become their new way of life. Many sufferers need the help and the hope of returning to their pre-concussion life.

At Simkovich Concussion Institute, we believe that the damage resulting from a concussion must be addressed properly before a person is able to return to their pre-concussion life. Just like the physical damage sustained by a fracture needs to be treated properly to ensure full recovery, we address this damage by treating TBIs and concussions at their source using a revolutionary therapy, CMT-Simkovich Approach. (“CMT”)

CMT is a method of evaluation, assessment, and treatment for concussions and other neuro traumatic injuries to the brain and head that address traumas at the injured site. This is critical, as most other injuries to various parts of the body require an intervention to the injured site to facilitate rehabilitation to resolve the damage from the injury/assault. As in the basic principles of Orthopaedic Medicine (Dr. Cyriax), every pain has a source, treatment must reach the source, and in order to relieve the pain/symptoms, the treatment employed must benefit the source of the problem (Cyriax, J.H., Cyriax’s Illustrated Manual of Orthopaedic Medicine, Butterworth & Heinemann, 1993).

CMT is a treatment modality that addresses the source of the injury.

Dr. Charles A. Simkovich was born and raised in Belle Vernon, PA. Coming from family with multiple disciplines in the medical field, Dr. Simkovich was interested in medicine and health care. Following H.S./College he was accepted to Palmer College of Chiropractic, graduating 1984. He went into practice 1985, and moved to his present Wexford,PA, private practice 1986. Always interested in advancing his skills as a physician, Dr. Simkovich became involved in research of cranial bone movement and effect on brain function. This landmark research was the beginning of Cranial Movement Therapy(CMT). The foundation of his approach was influenced by work of Dr. Carl Ferreri and Dr. James Cyriax, father of orthopaedic medicine.

His areas of interest are physiology of cranial bone movement and effect on brain function, T.B.I. symptomatology, investigation of additional deficits caused from concussion outside of classic symptoms, e.g., organic problems caused by pituitary assault, neuromechanical and neurocognitive function, etiology and diagnosis.

Interests outside of professional and academic endeavors include physical fitness, chess, golf, tennis, and travel with his wife. He and his wife have five children and reside in Pittsburgh, PA.

After years of clinical success, we are greatly honored to be published in the most cited journal of rehabilitation research, ACRM (American Congress of Rehabilitation Medicine), and to be in the stages of clinical trials that will produce evidence for the effectiveness of CMT-Simkovich Approach in the management of patients with post TBI symptoms. 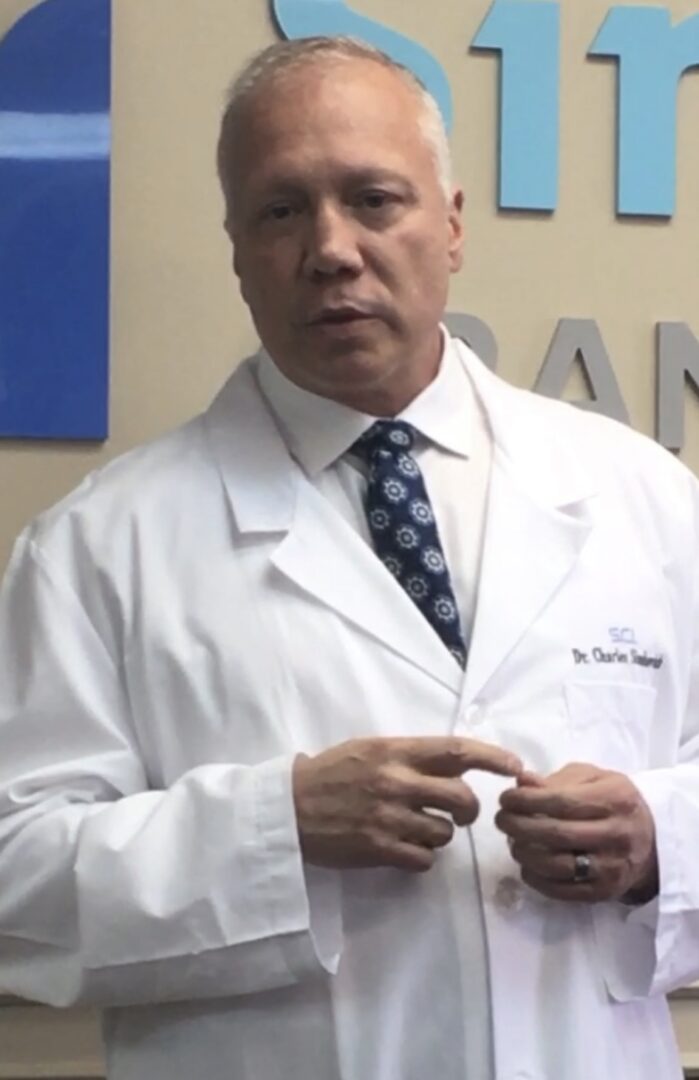 Dr. Charlie treated me for the head injuries I had as a player. Before he treated me, I would read something and have no idea what I had just read. Because of his treatment, when I read I don’t get tired and understand everything I read.

To: Athletes and Coaches: The Duquesne University basketball team has worked with Dr. Simkovich’s Athletic Engineering program for the past year. The results were impressive, with significant improvements measured in their vertical leap, standing broad jump and in the weight room. My Son also worked in the program, which allowed me to observe the program and the changes it makes from both a coach’s and parent’s perspective. Dr. Simkovich picked up on gait issue with my son during his first session with him. I can say that the improvements my son make in his coordination, foot speed and strength were accomplished quickly, and to a much larger degree than expected. I would recommend this program to any athlete who wishes to improve their physical skills.